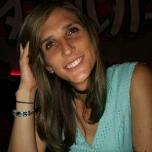 i am a health science librarian at Northern Arizona University's Phoenix Biomedical Campus. Previously, i was a library IT specialist for the Maricopa Community College District, and way before that, i was an english teacher. i am really interested in developing critical understandings for how libraries can battle social and healthcare disparities in the United States, particularly when it comes to transgender and gender-expansive populations.

(Thanks to Amanda Meeks at Northern Arizona University for sharing her insight into her development of an avatar-based method for promoting empathy in classrooms and for allowing their use in other learning spaces, including clinical settings.)